Beneath the Surface of Child Sex Trafficking in Utah

The following is a commentary written by Maeve Wall that originally appeared in the Nov. 19, 2019 edition of The Salt Lake Tribune. Wall is a first-year Ph.D student at the University of Utah College of Education. Prior to beginning her studies, she taught elementary school for five years in Brooklyn, N.Y., and completed her teacher training with Teach For America. The commentary piece is the result of a graduate seminar assignment in the college's Dept. of Education, Culture & Policy led by Leticia Alvarez Gutiérrez, titled Juv (IN) Justice & Education.

By Maeve Wall | Special to The Tribune

JEFFREY EPSTEIN was arrested this summer after allegedly sexually abusing and exploiting minor girls for years in his homes across the country. Recently, a commentary by Nicholas Kristof of The New York Times, published in The Salt Lake Tribune, cited Epstein’s crimes as “just the tip of a very large iceberg,” referring to “a much larger narrative out there about girls, often girls of color, who are commercially sexually exploited, often with impunity.” 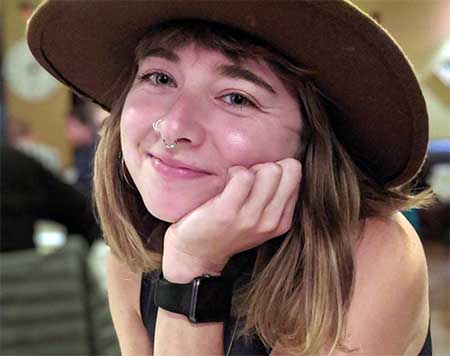 Last year, Utah saw an 123% increase in reported human trafficking cases within the state. These child trafficking crimes are symptomatic of a larger issue that our state and our country must face: the criminalization of youth of color.

The school-to-prison pipeline refers to the ways that targeted disciplinary practices and the processes of suspension and expulsion push students out of school and into the criminal justice system. The school-to-prison pipeline disproportionately affects youth of color. Nationally, black students are three times more likely to be suspended than their white peers and Latinx students are 1.5 times more likely than white students to be suspended. In Utah, black girls make up 0.6% of the female student population, but represent 7.1% of those expelled from school.

Not only are students of color suspended and expelled more frequently than their white peers, they are often disciplined more harshly within schools. Black high school girls in Utah are three times more likely both to be physically restrained as well as to be referred to law enforcement for in-school infractions than white students.

With the increased presence of school resource officers (SROs), punitive discipline can quickly turn students into criminals. Take, for example, six-year-old Kaia Rolle in Florida, who was having a temper tantrum in school when her teacher called the SRO. The officer used zip-ties to restrain her, put her in his police car, and prepared to press criminal charges, complete with fingerprinting and a mug shot.

It is in this context that girls of color are often pushed out of schools and pulled into the streets through child sex trafficking. Black girls make up about 20% of those trafficked in the United States. Children under 18 cannot consent to sex work, as recognized by a recent change to Utah’s HB 20. However, society seems more comfortable seeing youth of color as criminals than as victims, leaving them largely excluded from discussions of sex trafficking in the United States. Black and Latinx victims of child trafficking are often more likely to be disciplined for a dress code violation in school, or even arrested for child prostitution than they are to receive counseling and support.

Recently, a St. George police lieutenant and LDS bishop accepted a plea deal in a human trafficking case. For sexual battery and exploitation of a prostitute, he will pay $86.00 and spend 90 days in jail. In contrast, Cyntoia Brown, who was a 16-year-old victim of child sex trafficking spent 15 years in prison for the murder of her john.

If we are appalled at Epstein’s case, we must be equally invested in safety and justice for our youth of color. Combat their criminalization by inquiring about your local schools’ disciplinary practices and their effects and through organizations like Black Lives Matter Utah.

Holly Richardson: Sex with ‘underage women’? Let’s call it what it is: child rape.

If you or someone you know is being trafficked, call the national hotline at 1 (888) 373-7888. And continue to push for criminal justice reform including the elimination of arrests of children for “prostitution” here in Utah. Youth of color are children, equally deserving of our love, respect, and concern. It’s about time we showed it.