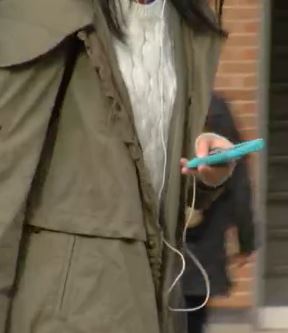 With 60 percent of college students admitting to cell phone addiction in a recent study, it wasn't easy finding two people willing to go phone free for 24 hours. Two University of Utah education majors, Jesse Greer and Meg Garfield, took the challenge. Read how Jesse and Meg fared in this challenge. >>

While there is not enough research to clinically diagnose "cell phone addiction", New Roads Behavioral Health C.E.O, Eric Schmidt says the behavior carries several similarities to a substance abuse disorder. A recent study of cell phone use by Dr. Jim Roberts of Baylor University, prompted this challenge to Jesse and Meg by reporter Alana Brophy of ABC4 News.  Dr. Roberts said, "What was most astounding about my study is we found on average college females spend as much as 600 minutes a day on their cell phones and that was like, wow. And males, used them a lot - about 450 minutes. That equaled out to about 10 hours for women and eight hours for males".  Interestingly, the top five things students use their phones for did not include making phone calls.

Professor Kirsten Butcher, Educational Psychology professor, weighs in on the challenge facing not only students but adults as well in a time when cell phone use consumes so much time in our daily lives. "We know that the phone is there. We have it if we need it, but we also know how to focus for long periods of time. Being able to self monitor and self manage in that way is really what we really envision for these students going forward into 21st century jobs," Butcher said.