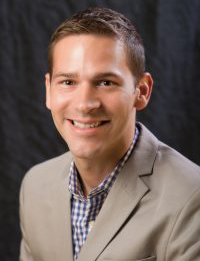 On Jan. 9, President Obama outlined a plan to make "community colleges free for responsible students across America." Inspired by new policies underway in Tennessee and Chicago, the White House proposal calls for the federal government to pay three quarters of students' tuition and would require states to kick in the remaining quarter.

In return, states are expected to continue investments in higher education and adopt performance-based funding policies, and community colleges are expected to adopt evidence-based practices to improve student outcomes. Only students who enroll at least part-time, maintain a 2.5 GPA, make progress toward their degree and are enrolled in a transferrable or high-demand program are eligible for the program.

The good: Research shows that students, particularly low-income students, are sensitive to the price of college. In theory, free community college would signal to all eligible high school students that college is accessible, and most parties agree that the price of college should not deter students from attending.

This proposal is also highly significant because it could fundamentally shift "universal" education in the United States from K-12 to K-14. The proposal would provide higher education to millions of low-income individuals who otherwise would not have accessed higher education.

There is also compelling economic evidence that suggests the majority of new jobs in the labor market will require at least some form of postsecondary credential, including applied certificates and associate's degrees that are predominantly offered by the nation's community colleges. A relatively modest federal investment (about $6 billion/year) could contribute to a more qualified labor force and result in substantial payoffs for the economy.

Finally, of all postsecondary education sectors, community colleges enroll the largest proportion of undergraduates in the United States (approximately 50 percent), yet their per-FTE expenditures are the lowest. This proposal would represent a significant shift in resource allocation so that fiscal resources are more equitable among institutions of higher education.

The bad: There is no shortage of critics of the president's proposal, including many conservatives who argue the proposal oversteps the federal role in higher education or is merely another federal entitlement program. The obvious political barrier is passing legislation in a recently elected Republican-controlled Congress that is unlikely to support a large federal program.

That aside, we should be concerned about the strings attached to the proposal for students, institutions, and states. For students, the eligibility criteria hardly make the proposal "universal," as many community college students enroll less than part-time or are enrolled in programs potentially excluded from the program. The proposal has the potential to create "haves" and "have-nots" among equally needy and qualified students.

There is also reason to be concerned about the unintended consequences for institutions, including many open-access four-year institutions that serve similar proportions of low-income students and whose students could equally benefit from this policy.

States might also be concerned about the strings attached to the program. Historically, states disinvest in higher education during economic downturns, so states may be very hesitant to commit to unsustainable state funding levels. More importantly, the proposal requires states to adopt performance-based funding (PBF) policies, and although many state legislatures are adopting or considering such policies, including in Utah, research does not yet suggest that state PBF policies significantly improve student outcomes and college completion.

Finally, there is a relevant efficiency argument. Because federal Pell Grants already provide aid to most low-income community college students (although that aid is inadequate to cover other college costs such as books and housing), this policy would potentially funnel money to middle- and upper-income community college students who could otherwise afford to pay for college.

The details: Overall, research shows that low-income students are significantly less likely to both enroll in and complete college, and policymakers need to find solutions to address the inequities embedded in the educational system. The notion of free community college is admirable and appealing, and Obama's proposal, although unlikely to be legislated during his presidency, has and will continue to generate desperately needed conversations and equitable funding policies and outcomes. However, we should be careful to quickly endorse this policy proposal until we know the full details of the proposal and carefully analyze the intended and unintended consequences on students, institutions, and states.