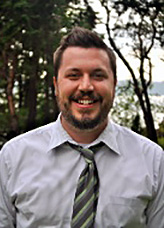 "It is a great privilege to announce that Dr. Zachary Imel, Associate Professor in the Department of Educational Psychology, has been selected as a Presidential Scholar at the University of Utah. This award recognizes extraordinary scholarship of associate professors. Dr. Imel was promoted to an Associate Professor in 2016, five years after joining the College of Education (COE) faculty as an Assistant Professor in 2011. Since that time he has developed a highly successful research program that has attracted local and national attention and has received substantial support from federal agencies such as NIH and PCORI. He is a highly productive grant writer and, to date, has received over $5 million in support of his research on the effectiveness of psychotherapy. Dr. Imel is also prolific writer and author of more than 45 peer-reviewed articles and several chapters in scientific texts. He co-authored a book that has been widely read by researchers and professionals, The Psychotherapy Debate (co-authored with his mentor from U-Wisconsin Madison and former COE faculty member, Bruce Wampold).

Zac has received several awards for his research, including the COE's Outstanding Research and Scholarship Award and the American Psychological Association's Psychotherapy Division Early Career Scholar Award. It is clear from my conversations today with Zac, however, being chosen as a Presidential Scholar at the U is one of the greatest recognitions he could receive. Please join me in congratulating Zac for his hard work and extraordinary successes at this point of his career."

Read more about this year's awardees >>