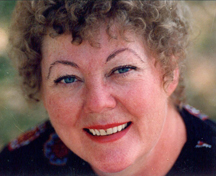 Dianne Asmus Bettis was born in Duchesne, Utah, on January 22, 1940, to Jack and Blanche Fitzwater. Blanche married Norman Asmus a few years later, and Norm adopted Dianne and she was thereafter known as Dianne Fitzwater until she married Frank Bettis in the early 1960’s.

Dianne graduated from the University of Utah in 1962 with a major in English Literature. Her first job was teaching English at Rio Linda High School in the Grant district, and thirty-seven years later she retired from this same district. Dianne led an extraordinary life, both professionally and personally. She was heavily involved in the local California Teachers Association (GDEA) and became both President and Head Negotiator. Among her many accomplishments in the GDEA was negotiating a released period for teachers for preparation and many of the health benefits her colleagues enjoy to this day.

There has not been, nor will there be, any finer teacher of English literature. Though she could be tough in the classroom, she was oh so tender as well, and her students learned to feel safe and comfortable in her presence. She was the first teacher in the district named Teacher of the Year. Perhaps the actual words of her students will best describe her extraordinary reach. “With intelligence and patience and grace, she taught us how to read literature. But she taught us even more—that we should be readers and travelers and citizens of the world”; “An absolute treasure of a person and wonderful teacher, mentor, and friend”; “If the cosmos absorbs even a fraction of her literary passion, then our collective humanity has jumped 20 notches on the genius scale”; and “I will always remember her profound love for excellence in life.”

Dianne had a rich private life. She traveled widely, read voraciously, wrote thoughtfully, and collected uniquely. She had a household full of exquisite oils and other artwork. Dianne was a loyal friend and those she loved considered her friendship the greatest of blessings.