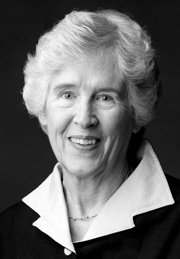 Dixie’s community engagement began as author of Salt Lake City Politics for Harvard Professor Edward Banfield’s series on city politics; then moved to ghost author of the original report (The Missing Link) recommending the downtown construction of the Salt Palace and Symphony (Abravanel) Hall. She became a Board member of the Family CounselingCenter and the Governor’s Developmental Disabilities Council, Chair of the Planning Committee of the United Way of Greater Salt Lake, and a founding member of the Learning Disabilities Association of Utah.

At a time of growing parental collaboration in school governance, she served as PTA President in her sons’ elementary and intermediate schools and as Chair of the East High School Community Council. Among other involvements, she served as president of the U’s Academic Senate and vice-chair of its semester transition council, as a board member of the National Organization on Legal Problems of Education, co-chair with Scott Matheson Jr. of Karen Shepherd’s winning campaign for the U.S. House of Representatives, member of the Utah Legislature’s Strategic Planning Task Force on Public and Higher Education, and chair of the Utah Parent Center. In retirement, she serves on the SLC Public Utilities Advisory Board, the Utah Citizens’ Counsel, and is the Communications Chair of Utahns for Ethical Government. She says the latter role has brought her new notoriety—for good or ill. She received the 2011 Distinguished Woman of the Year award from the Salt Lake City branch of the American Association of University Women.