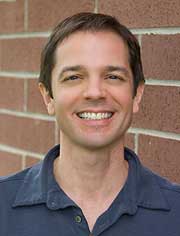 Dr. Lee Beckstead graduated in 2001 from the Educational Psychology department in counseling psychology. He received his internship training from the University of Utah's Counseling Center (UCC) and his postdoctoral training from the UCC and the University of California-Berkeley's Counseling and Psychological Services. He conducted two qualitative studies on understanding the conflicts and resolutions for LDS/Mormons who attempted to change their sexual orientation through therapy.

He is currently a licensed psychologist working full-time in private practice, affiliated with Aspen Grove Counseling in Salt Lake City. He also volunteers co-facilitating weekend retreats for men who have been sexually abused (www.malesurvivor.org) and just completed a two-year position on the American Psychological Association's Task Force to evaluate research on treatments focused on changing sexual orientation and to provide therapeutic recommendations for those conflicted with their sexual orientation. He has been a member of the International Academy of Sex Research since 2004.