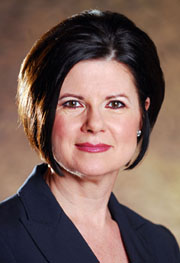 Marilyn Spiegel joined Wynn Resorts, Limited in December 2010 as president of Wynn Las Vegas and Encore, where she oversees the day-to-day operations of the properties. Previously, Spiegel occupied the position of president of Bally's, Paris and Planet Hollywood.

Spiegel is a member of the Las Vegas Visitors and Convention Bureau board of directors. She received her bachelor's degree in marketing and her master's of education from the University of Utah. She is the author of Fashion Merchandising, published by McGraw-Hill Publishing Company.