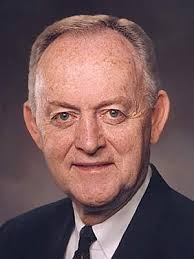 Dr. Kerr is an Emeritus General Authority of The Church of Jesus Christ of Latter-day Saints, having served as a General Authority from 1996 to 2008. During that time he served as president of the Europe West Area and in the presidency of the Europe North Area, the North America Northwest Area, and the Utah South Area. He also served in several other General Authority assignments, including his service as Commissioner of the Church Educational System from 2005 to 2008. He served as the President of the Logan Utah Temple and has been a mission president, stake president, and a member of the Sunday School General Board.

Dr. Kerr met his wife, Janeil Raybould, at Utah State after she graduated from Ricks College. They were married in the Logan Utah Temple and are the parents of six children and currently have fourteen grandchildren.