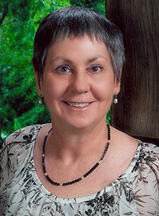 Susan met and married her husband, William Vickrey, while earning her B.S. from the University of Utah in 1969. Today they are happily married with two adult daughters and four grandchildren. The “U” is really a family tradition. In addition to her B.S. in Elementary Education, Susan received her M.Ed. in Educational Administration from the University in 1989. She started life living in the married student housing at "U" while her father earned his law degree. Her husband graduated from the "U” and her brother has two degrees from the “U” (B.A. and M.A.). At this point in time, both of her daughters have received advanced degrees from the “U” and the family tradition will hopefully continue with the grandchildren.

Professionally, Susan started her career in education working for Davis School District as an elementary teacher and later became the principal at Kaysville Elementary. In 1992, she moved to San Francisco when her husband was appointed as the Director of the Administrative Office of the Courts for California. Susan continued her career in California accepting a principal position in Redwood City School District. Her second year in the district she started a K/1 Spanish Immersion class on her campus. The program was such a success that it grew into a school on its own campus (Adelante Spanish Immersion School, Kindergarten through 8th grade). While principal at Roy Cloud School (K–8), the school received a California Distinguished School Award. She went on to design the instructional program for the district's school for gifted students (North Star Academy).

In 1997, Susan returned to Utah to spend a year working in Davis School District's Staff Development Department and teaching education classes at the University. A year later, she accepted a position with Pacifica School District as the Director of Educational Support Services. Susan is currently the Superintendent at Pacifica. The instructional program has been her passion, focusing on balanced literacy, including a Writers and Readers Workshop, concept-based math instruction, hands-on science, and experience based social studies. She is retiring in July, 2010.

Professionally, Susan identifies most with teaching. In addition to teaching students in Davis County and teachers in school districts as well as at the "U", Susan has taught school administrators at St. Mary's College in Moraga, California.